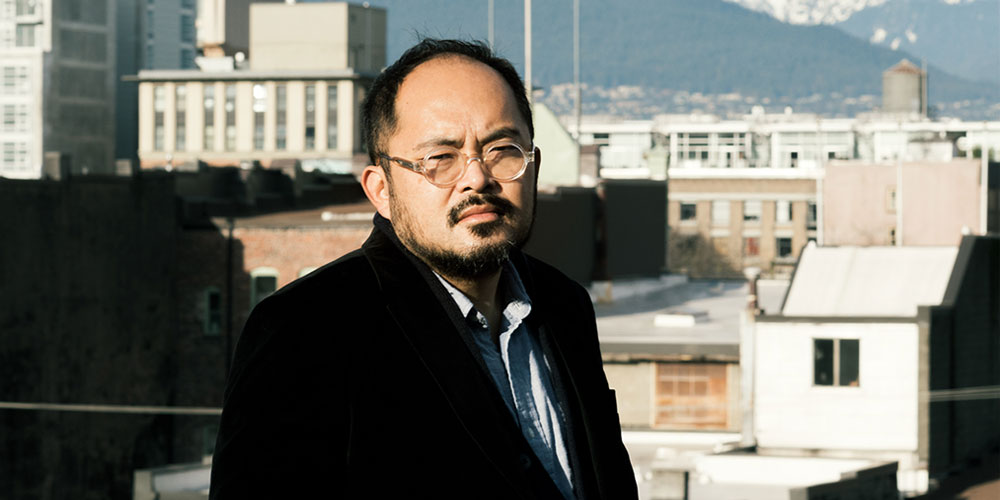 The Department of Creative Studies is pleased to welcome Kevin Chong as the newest faculty member to join the Creative Writing Program. Kevin comes to the UBC Okanagan campus from the UBC Vancouver campus, where he taught Creative Writing for the past 13 years. This coming year, he will be teaching a first year Intro to Fiction and Drama course, and a second year non-fiction course.

We met up with Kevin to find out a bit more about him and his teaching practices.

Why did you choose to come to UBC Okanagan?

I was on campus for a reading in 2015, but that night has faded in my memory, and I did my job interview on Zoom because of Covid-19. The pandemic has really made things different. But I did choose to come because I wanted to work with colleagues like Nancy Holmes, Anne Fleming, Michael V. Smith, and Matt Rader, most of whom I’ve known for 20 years.

Tell us about your most recent book.

My most recent book is a retelling of the 1947 Albert Camus novel, The Plague. My novel has the same name, but this time it’s the city of Vancouver that’s quarantined with an infectious disease. The book was published in 2018, but, well, because of current events it’s received some additional coverage. That’s been a minor silver lining. Currently, I’m writing another novel and working on a TV adaptation of My Year of the Racehorse, my nonfiction account of owning a thoroughbred, for the CBC.

What most excites you and challenges you about the field of Creative Writing?

I teach Creative Nonfiction and what makes it exciting is that the most interesting writers in the genre, be it Olivia Laing or Claudia Rankine, demolish the borders between factual prose writing for a general audience and fiction, poetry, visual art, and literary criticism. What challenges me is keeping up with all the new voices and their politics of inclusion and permission. I’m a person of colour, but I was also born in 1975, and I grew up very much trying to fit into the white mainstream. So I’m excited by how things are changing, but still learning.

How did you know you wanted to be a professor?

Weirdly enough, I wanted to be a prof after a few years as an adjunct. When I first started teaching a workshop, it was a job and it served as ego gratification—“wow, they let me teach students!” My pedagogy, at the beginning, was about an assertion of personality. I was completely wrong. A couple of years later, my approach lost its luster, and it was just a job for a while. It was only when I realized that teaching should really about listening to your students and asking them what they want to learn, and after getting Instruction Skills training, that being a better teacher became a goal alongside my writing.

What kind of learning experiences do you lead outside of the classroom?

When I taught at the Vancouver Campus, I would lead my classes on field trips to local publishers, and students were always excited to know about how their work could find an audience. Earlier this year, I took another group of students to the art gallery to write about an exhibition of the work of visual artist and writer David Wojnarowicz, whose work largely chronicled the devastation of AIDS among the gay community in New York in the 1980s. It was fascinating to think of how he processed an epidemic as a different kind of disease was sweeping through the world in 2020.

Kevin Chong is the author of six books of fiction and nonfiction, most recently the novel The Plague. Those titles have been named books of the year by Globe and Mail, National Post, and Amazon.ca, listed for a CBC prize, a BC Book Prize, and a National Magazine Award, optioned for film and TV, and published in the US, Europe, and Australia. His creative nonfiction and journalism have recently appeared in the Guardian, the Times Literary Supplement, the Rumpus, and the South China Morning Post.