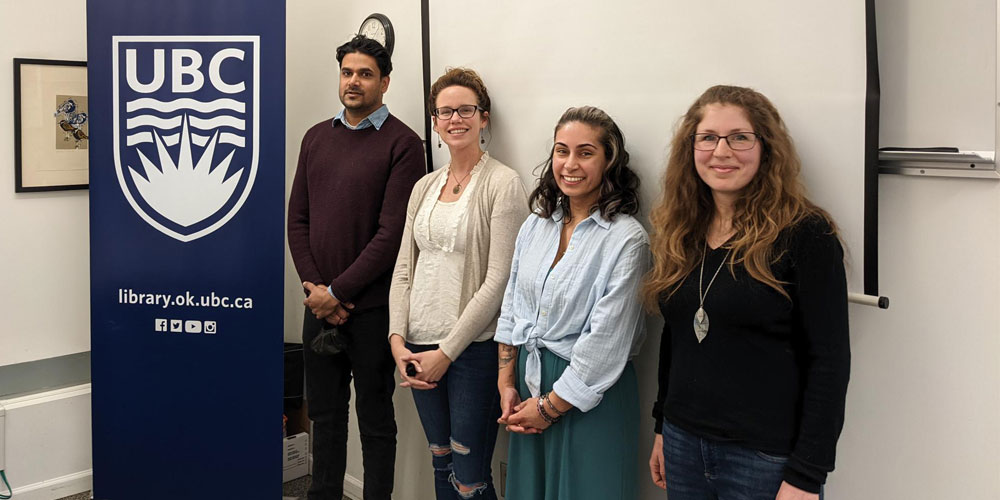 Writer in Residence Naben Ruthnum was the judge for the 24th annual Okanagan Short Story Contest, and announced the 4 finalists at a public event on March 31st with each of the writers reading a part of their story. The event was held in-person at the Okanagan Regional Library with guests still able to attend virtually.

The annual contest, organized by the Creative Writing program in the Faculty of Creative and Critical Studies (FCCS), is a writing competition open to fiction writers in British Columbia’s Southern Interior. Writers submit their stories, which are then read, anonymously, by faculty, and the shortlisted stories are sent to a guest judge to choose the winners in the adult and high school categories.

Manjinder Sidhu-Kong took the top prize with her story, Wax Off. Manjinder lives in Penticton BC, she is currently in the MFA program at UBCO with a specialization in Creative Writing, and is on track to complete her program this spring.

“This is a complex story about individuality, what children take and what they give, communication between very different women, and sexuality, in a setting that combines earthiness and cosmetic perfection,” says Ruthnum.

Second place went to Animal Sounds and Smells by Laura Foisy from Cherryville BC.

“The character, landscape, and specificity of detail merge in this gracefully told and carefully observed story,” commented Ruthnum.

Local Kelowna resident Stephanie Plumb took third place with her story The Sound of the Sea.

“A haunting story tinged with the fantastic, deeply grounded in an expansive idea of family love,” explained Ruthnum.

The high-school category was won by Frances Myers Lynch, from L.V. Rodgers Secondary School in Nelson BC. Ruthnum said that her story, Bird Bones is story that isn’t just promising—which it is—but evidence of a talent that is already strong.

“Vivid descriptions, convincing dialogue, and haunting imagery that tie into the underlying sadness of this effective tale make this a memorable read.”

The first-place writer received $1,000 plus a one-week retreat at The Woodhaven Eco Culture Centre in Kelowna; second-place winner received $400 and third-place received $200. The top high school student received a $200 prize. Co-sponsors of the contest are FCCS, TD and the Central Okanagan Foundation.

View the full shortlist for this year’s contest