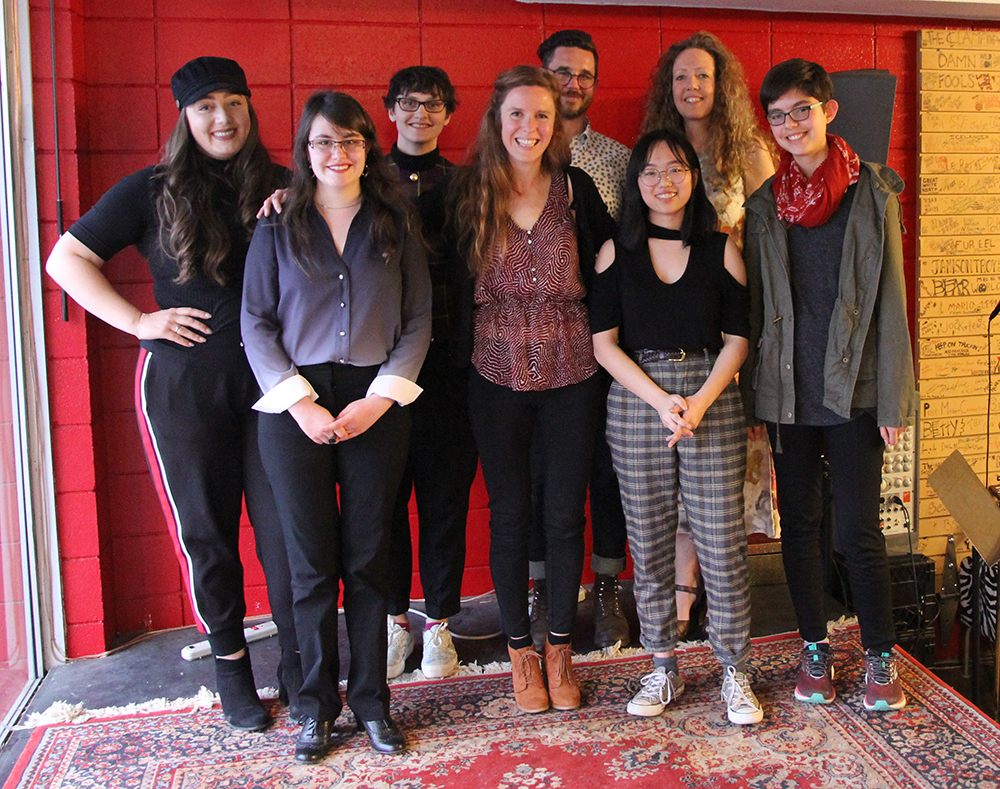 Dania Tomlinson, lecturer with UBC Okanagan’s Creative Writing Program and previous contest winner, had the task of selecting the best new short stories this year. The top stories were announced at a public event at Milkcrate Records in April, with each of the writers reading a part of their story.

The annual contest, organized by the Creative Writing program in the Faculty of Creative and Critical Studies, is a writing competition open to fiction writers in British Columbia’s Southern Interior. Writers submit their stories, which are then read, anonymously, by faculty, and the shortlisted stories are sent to a guest judge to choose the winners in the adult and high school categories.

Erin Scott graduated with her MFA in 2018, with a specialization in Interdisciplinary Studies. Her story, “Turn First to the Body in Real Space”, earned her the top spot in this year’s contest.

“What made the top three stories stand out was not only their freshness, but each author’s narrative control,” says Dania. “Erin Scott’s winning story is whimsical and witty. It is deep without seeming to try too hard. I fell in love with the narrator; I didn’t want to leave her head. This story is only five pages long and it accomplishes a lot.”

Second place this year with her story “Saint Watching Over House About to Burn” was Katie Welch, a writer from Kamloops. Third place went to recent MFA graduate, Victoria Alvarez with her story “Castañas”; Victoria was also in the top three in the 2017 contest.

“My favourite part about Katie Welch’s second place story is the subtly apocalyptic setting paired with the narrator’s sometimes flowery language. This story takes many risks! It is like nothing I’ve ever read before,” Says Dania. “Victoria Alvarez’s historical short story, Castañas, is carefully researched and beautifully told.”

Dania commented that there were so many fantastic concepts in the shortlist that did not make the top three—a story based around a marshmallow salad, another that begins with a death and goes backwards, a reimagining of a totally disturbing murder. With some polishing, paring down, or expanding, any of the stories on the shortlist could have been winners.

This is the second year that the contest has had the high school category, with Alyssa Kong of Okanagan Mission Secondary winning top honour with her story, “Ich Habe Mich Verloren.” Second place was Aria Davis of Kelowna Christian School, with a story entitled, “A Silver Necklace,” and third was Akke Englund of Salmon Arm Secondary School, with her story “Meadowside Manor.”

“I did not expect the narrative maturity these young authors demonstrated in their writing. Alyssa Kong’s winning story ends with such a fantastic twist that I was thinking about it hours later. It still gives me goosebumps.” Noted Dania. 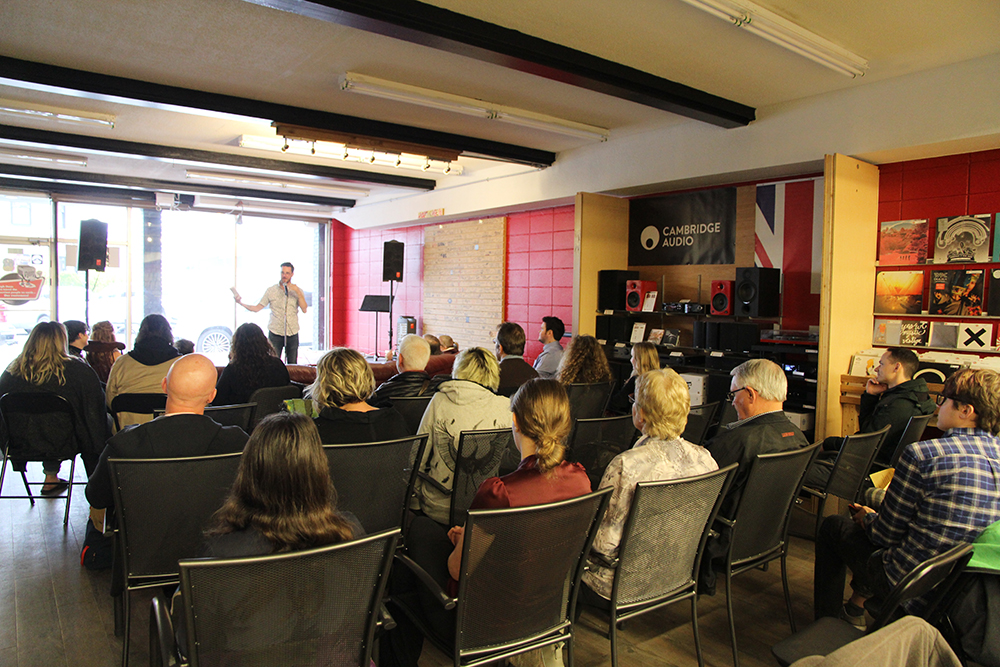