In memory of Dr. Mercedes Fernandez-Duran 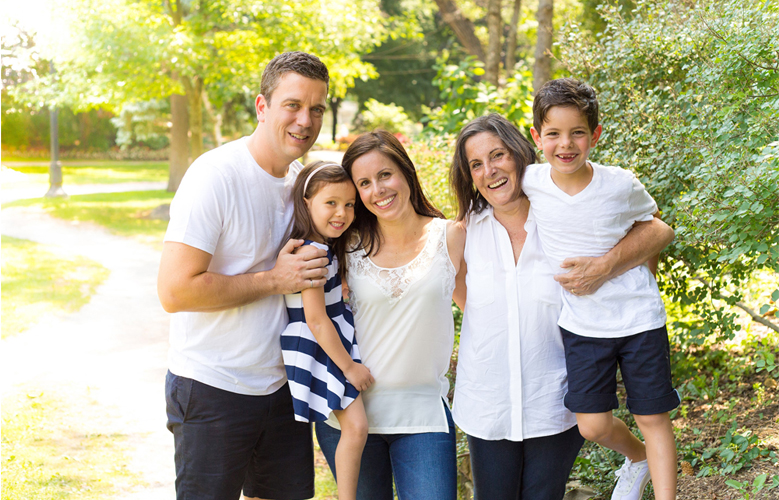 Mercedes Fernandez-Duran is pictured here with her daughter, son-in-law and grandchildren.

The UBC Okanagan community is saddened by the passing of Dr. Mercedes Fernandez-Duran on October 16, 2019, in Mississauga, Ontario. Mercedes was an assistant professor of languages and world literatures in the Faculty of Creative and Critical Studies.

Our condolences to Mercedes’ family, friends and colleagues.

In a message to the university community, her family noted:

We would like to express our deepest and most sincere gratitude to Mercedes’ colleagues and friends at the Faculty of Creative and Critical Studies at the University of British Columbia for their unwavering support and kindness during her battle with cancer.

She felt so proud to be a part of such a remarkable team, and she was profoundly grateful to be able to do what she loved the most at UBC for so many years of her life and up until the very end of her journey. Our sincerest gratitude.

Mercedes was born in Madrid on April 27, 1950. She had three younger siblings — Luis, Chuni and Regina. She lived in Madrid until her early 20s, when she moved to Geneve, Switzerland, for some time. Soon after, she began to travel the world as a foreign correspondent for a Madrid newspaper.

During her work as a journalist, she travelled through South East Asia reporting on the Vietnam War, lived in Santiago and reported on the 1973 Chilean coup d’état, and in Tokyo where she reported on the Tanaka–Lockheed bribery scandals of 1976.

That year, she was married to George Cogan in Madrid, after which they returned to Tokyo and had their first child Leon in 1977. In 1978 they moved to Vancouver and their second child, Elisa, was born in 1979.

A few years later she became president of the founding council of Collingwood School and she helped build Collingwood from the ground up. After Collingwood, she was appointed director of the Spanish Pavilion at Expo 86 in Vancouver.

She was an avid reader, writer and painter, and had a love of learning languages. Throughout her life, Mercedes learned to speak Spanish, Latin, English, French, Japanese and Portuguese.

She had a brilliant sense of humour, which carried her through the best and worst times alike. But perhaps, her most remarkable qualities were her kindness and generosity towards everyone she met.

Although she spent the last few years of her life battling lung cancer, she found the most joy with her grandchildren at her new home in Toronto.

A memorial service was held on October 22. The family has asked that donations in memory of Dr. Mercedes Fernandez-Duran be made to:

Posted in Our Faculty