By Shauna Oddleifson on December 7, 2021

In the Creative Writing program’s capstone course, CRWR 470, in addition to work on a major project at the core of their writerly practice — a collection of poems or short stories, a play, a portion of a novel — professor Anne Fleming asks students to produce what she calls an Oddball Submission.

Here is the assignment:

As you might imagine, the latitude on the Oddball Submission is wide. It could be wildly experimental or just something you haven’t tried before — a graphic memoir, a collage, poems painted on thrift store paintings — anything you can think of (I just saw someone on twitter who posted a poem she wrote for dogs — a photo of a series of sticks. It could be something like that, but longer.) It could be a written object or sculptural piece of writing — a handmade book, an object with print or writing on it, a book turned into something else (cut into, twisted, posed, stacked). Ideally, it would include your own writing or at least comment on the writing if manipulating existing writing.

The results surprise and delight: poems rendered in yarn and children’s alphabet beads, a poem that is also a dance in a snowy back yard, a box of delicious and slightly macabre Victorian-era words to be assembled at random, a choose-your-own-path story-game, a story with many endings. Below are some of the student projects.

The Skeletal System of Seasonal Sadness 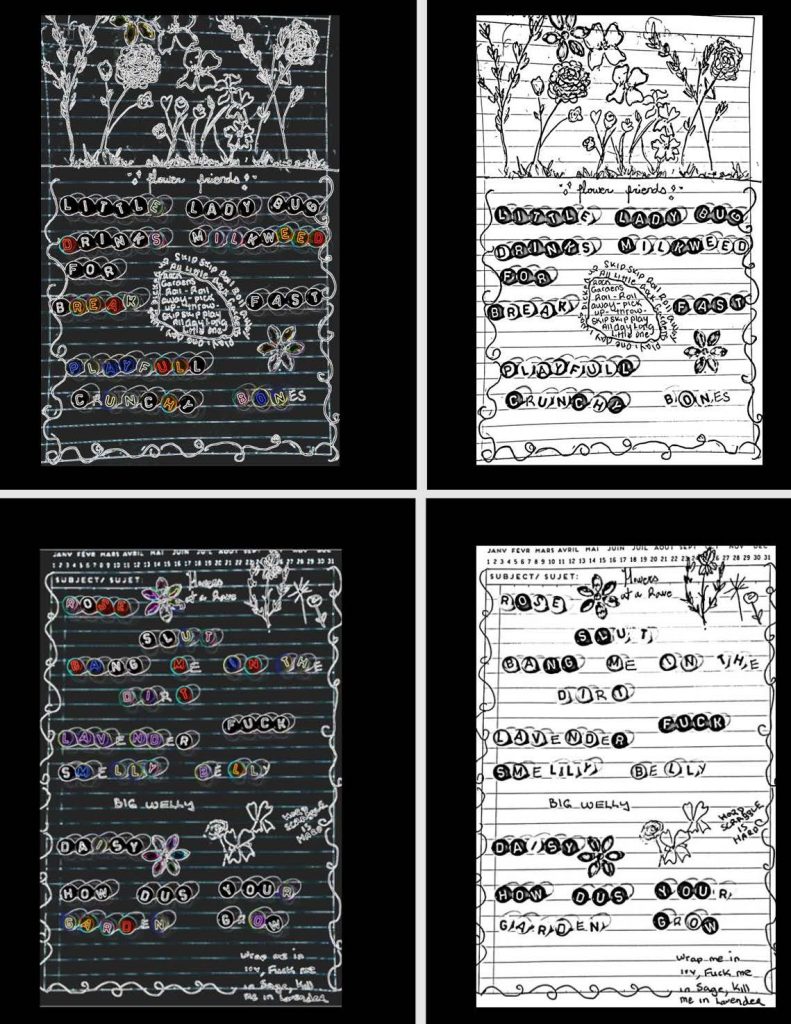 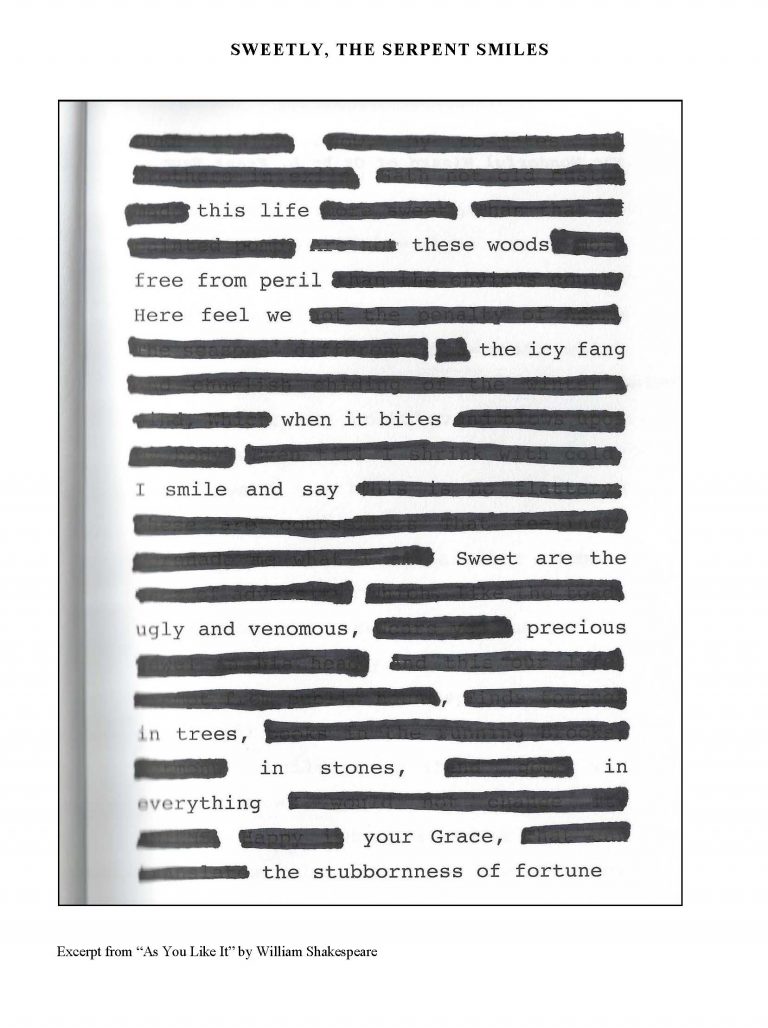 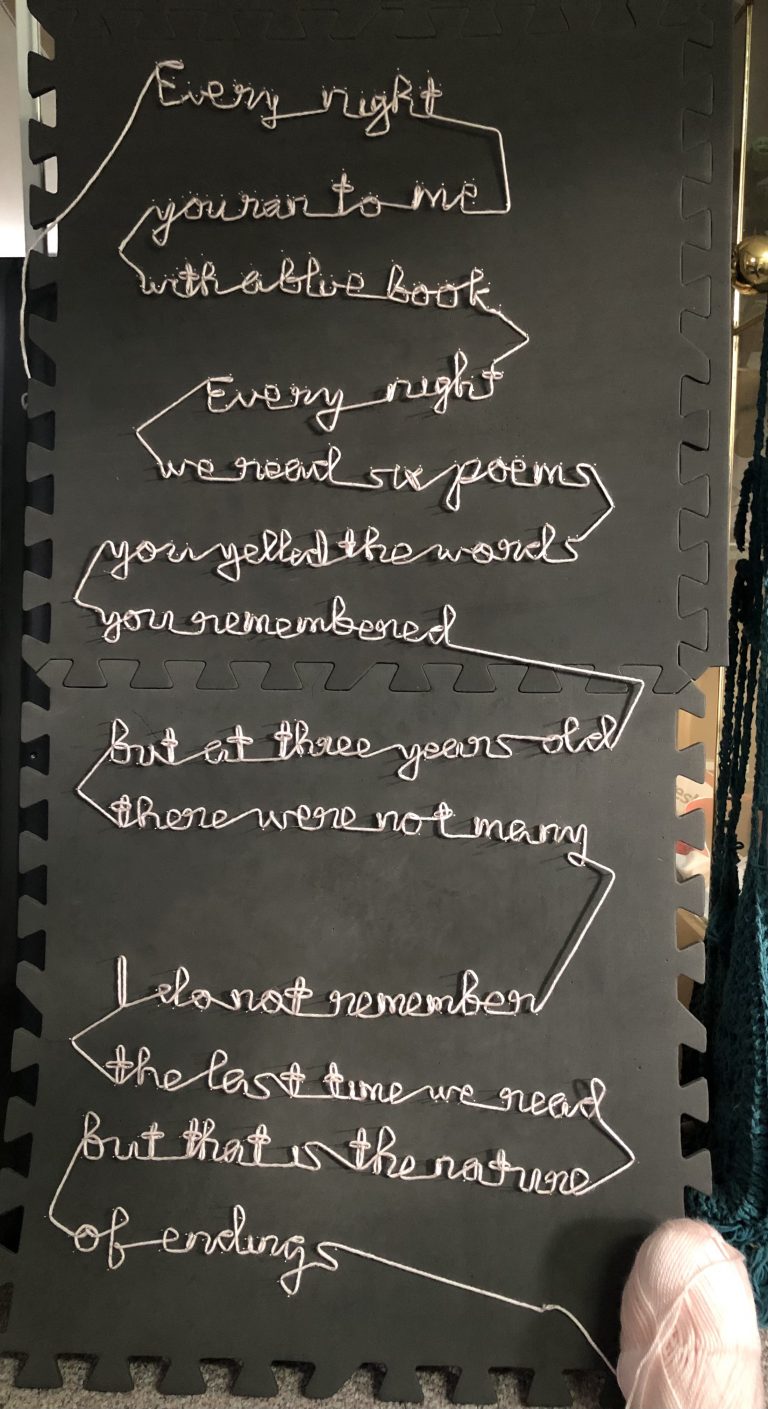