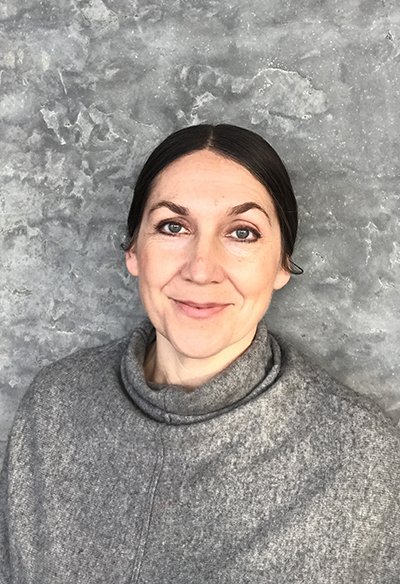 Crystal Przybille is an award-winning artist and instructor in Creative Studies at The University of British Columbia, Okanagan. Przybille has participated in artist residencies, including in the Netherlands and Nunavut. She has exhibited nationally and in Europe. Przybille has created a number of public artworks, including several public sculptures commemorating the local history of the Okanagan. Researching for these public artworks brought Przybille to learn more about Settler/Indigenous relations in Canada, and to engage in Indigenous/Syilx-led art projects in the Okanagan. Her work includes that which explores and questions the Settler narrative. Przybille is interested in how art can function to construct and deconstruct narratives and to raise considerations for personal and public consciousness. Przybille is more broadly concerned with the human condition and the creation of artworks that strive to encapsulate and communicate aspects of our condition.

Transforming Settler identity through art and engagement with Indigenous culture in the Okanagan. 2020

BC Studies Journal. Reflections on Rethink150: Indigenous Truth. No 195. Autumn 2017

The Chief Swcnkut Monument. Public Art in the City of Kelowna. Commissioned by Westbank First Nation, 2019

The Hands of Time – City of Victoria Public Art Collection, 2013

Under the Big Top, Rotary Centre for the Arts, Kelowna, BC, Canada, 2011

Misses and Misters Myth, Art Gallery of the South Okanagan, Penticton, BC, Canada, 2001

Trying to Get Up, Alternator Gallery, Kelowna, BC, Canada, 1999