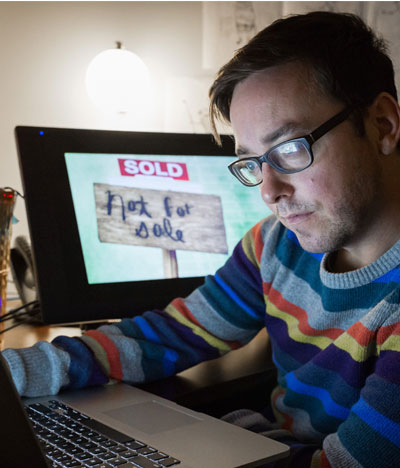 Myron Campbell is an Educator, Media Artist and Designer from Kelowna, BC.

From 2001-2008, Campbell worked with the Trailer Park Boys in Halifax, later moving on to the Banff Centre For The Arts as Lead Designer of the online digital arts + culture magazine, Horizon Zero and as an Interactive Consultant for resident artists and writers.

In 2008, after several years of freelance interactive design and animation, Campbell joined Switch United as their youngest Art Director at 28 years old. He co-created interactive installations for the Vancouver 2010 Olympics and in December 2010, he was awarded Best Interactive Designer at the Canadian New Media Awards in Toronto, Ontario.

Campbell completed an MAA with distinction at the Emily Carr University of Art + Design in 2012 and where he received the Governor General’s Gold Medal for academic excellence. He has presented and exhibited internationally.

After 4 years of teaching in the Digital Design Program at the Vancouver Film School, Campbell joined as faculty at the University of British Columbia Okanagan and teaches digital media in the Creative Studies department.

My current research questions the role of monstrosity in animal human hybrid characters and presents them as predominant metaphors for the underlying animal nature present in sentient beings.

Media Arts Project Grant. BC Arts Council for the Arts, 2017

Media Arts Project Grant. BC Arts Council for the Arts, 2013

The AMP Lab at UBCO