By Shauna Oddleifson on September 8, 2020 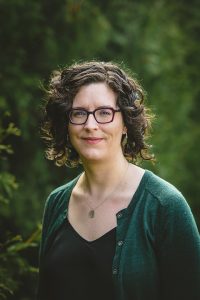 Ariane shared with us some information about her research and affiliation with UBC Okanagan.

How is your postdoc connected to UBCO?

I was originally attracted by UBCO’s world literature and intercultural communication courses, as my own research looks at the contacts between different francophone communities and cultures. Given my project’s pan-Canadian perspective, involving UBCO and Dr. Langevin while conducting my research at the Université de Montréal and spending time in Ottawa allows me to be connected with a range of the diverse communities that my research focuses on as I develop my project. It also allows me to benefit from Dr. Langevin’s expertise on enunciation theories, narratology and la régionalité in recent Québécois literature.

On a more personal level, I got to spend a lot of time in Vancouver between 2012 and 2014. These trips gave me the opportunity to discover British Columbia’s vibrant francophone community. I am very much looking forward to learning more about this community, which is one of the fastest growing French-language communities outside of Québec.

Explain your research and how will you be able to conduct this research at UBCO?

I study how Canadian Francophonie is depicted in recent Québécois literature. The Estates General of French Canada, a series of conferences held at the end of the 1960s, marked a breaking point in the relationship between Québec and the Canadian Francophonie. Provincial or regional French identities emerged in other Canadian provinces and territories. French Canadian literature also dissolved into smaller provincial or regional literatures that became more or less independent from one another – the most autonomous, and also the most prominent, being Québec literature.

However, in the past 15 years, the number of Québécois novels incorporating elements of other parts of Canadian Francophonie (such as its spaces, local history, vernaculars or cultural references) has been increasing. This phenomenon, which Dr. Jean Morency refers to as “le retour du refoulé canadien-français” (“the return of the French-Canadian repressed”) hints at the beginning of a new relationship between Québec and Franco-Canadian communities.

What interests me the most about these novels is how they conceive their readership and the place they assign Franco-Canadian readers. This is important to better understand the current, and possibly even future, relations between Québec and the Canadian Francophonie in literature and beyond. These relations have been more widely studied in other disciplines but not as much from a literary perspective.

Unfortunately, because of COVID-19, I have had to adapt my research program. Dr. Langevin and I originally planned on organizing a workshop at UBC Okanagan, and it might have to migrate online. We might also wait until travel is possible again.

Why did you choose that topic, and what difference do you hope your research will make?

This project also provides the opportunity to study some of my favourite novels, such as Nikolksi (2005) by Nicolas Dickner, Le mur mitoyen (2013) by Catherine Leroux, La petite laine (2017) by Amélie Panneton, Il pleuvait des oiseaux (2011) by Jocelyne Saucier, and Les filles de l’Allemand (2016) by Annie-Claude Thériault. These Québécois novels are all set (at least in part) in other parts of Canada or depict Franco-Canadian characters.

About Ariane Brun del Re

Brun del Re is the co-editor of the collection L’espace-temps dans les littératures périphériques du Canada (Éditions David, 2018). She also co-edited issue 117 of the scholarly journal Tangence on “les nouvelles solidarités en littérature franco-canadienne”, and in 2015, co-founded an online space dedicated to Franco-Canadian (mostly Acadian) art criticism, which she has been co-editing since.

When she isn’t conducting her research, Ariane can be found chasing her soon to be two-year-old who is currently passionate about anything red (especially firetrucks, shoes and crayons) and enjoys books as much as she does!