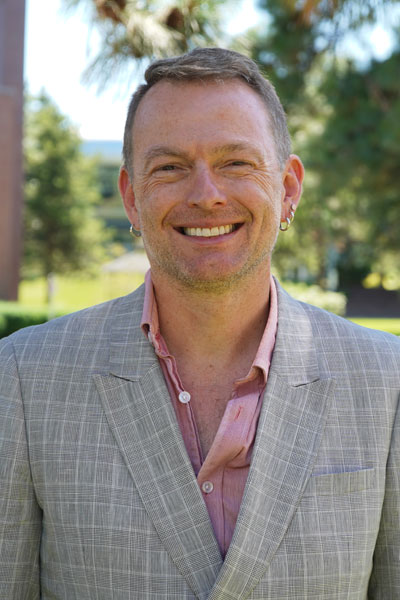 Greg is an English-sounding Canadian who lived in the Netherlands, Lebanon, England and Wales before coming to Kelowna in 2013. While working at Bath Spa University in the west of England, he was a Senior Teaching Fellow in the Artswork Publishing Lab and later a Reader in environmental literature. He served as Chair of the Association for the Study of Literature and the Environment (UK and Ireland) 2004-2010 and as managing editor, later co-editor, of Green Letters: Studies in Ecocriticism 2008-2015.

Since coming to UBC, Greg has taught ‘Dog Tales’, ‘Climate Fiction’, ‘Anthropocene Culture’, ‘Writing Pollution’, ‘Canadian Environmental Writing’, ‘Reading Animals’ and ‘Bestial Passions’, a course on zoophile literature. He was promoted to Professor of Environmental Humanities in July 2018. He co-designed the Interdisciplinary Graduate Studies Sustainability Theme and the Bachelor of Sustainability degree, and took part in UBC’s Climate Emergency Task Force in summer 2020.

Greg has also taught a three week residential course, ‘In Pursuit of the Whale’, at Bamfield Marine Sciences Centre in 2016 and 2018. Students combine traditional classroom discussion of literature with place-based learning, including whale-watching, hiking in the rainforest, and touring Kiixin, an abandoned Huu-Aye-Aht whaling village. The course will run again in summer 2023.

Greg would be interested in supervising undergraduate and graduate research in environmental criticism and theory; human-animal studies; environmental education; culture and climate change; and British Columbian literature. In the period 2020-2026, he will be focusing on his SSHRC Insight project, ‘Kelownafornia: Cultures of Nature in the Okanagan Valley’. Please email for further information and graduate research assistant opportunities. Possible alternative topics for supervision include:

Garrard, Greg. ‘Towards an Unprecedented Ecocritical Pedagogy’, in Teaching Literature: Text and Dialogue in the English Classroom, ed. B. Knights, 2017, Palgrave, 189-207.

In 2006, Greg was awarded a National Teaching Fellowship, the highest award for university teaching in the UK. Two years later, he won the coveted ‘Best Dressed Lecturer’ award at Bath Spa University. In 2018, he was included on UBC’s Honour Roll for Teaching thanks to the excellent feedback he received from students.

Greg is Principal Investigator on ‘Kelownafornia: Cultures of Nature in the Okanagan Valley’, a multidisciplinary project funded by SSHRC’s Insight grant ($276410 over five years). The research team includes colleagues from the Faculties of Management, Science, Arts and Social Sciences, Creative and Critical Studies, and the Okanagan Institute of Education.

Association for the Study of Literature and the Environment

In the Field: Chasing the Whale

CBC Ideas: Roaming Imagination: What the stories we tell about bears say about us