We are pleased to announce that the winner of the CAS Book Prize for 2022 is Zoe Wineck for “Making the Connection: An Exercise in Moral Comparisons, Invoking Compassion and Deconstructing Killability”.

Dr. Castricano notes that Zoe’s essay offers a compelling reflection on the way that “comparisons and metaphors, for example, the PETA campaign “Holocaust on Your Plate,” invoke prohibitive emotional reactions that can shut down the critical thinking process. Seriously considering the anger, trauma, and the limits of emotional reactions when analyzing the value of comparisons of oppression and suffering is a requirement to this work.” Zoe’s paper draws upon visual images and other comparisons to genocide and enslavement to discuss how “the two legacy evils in modern human history, instrumentally narrativized to fit many struggles, are still dreaded in the animal liberation context.” 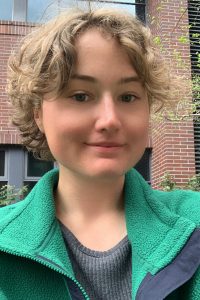 Zoe Wineck (she/they) is a fourth-year student pursuing a Bachelor of Arts in International Relations at UBCO. She was initially most interested in studying Genocide, Human Rights and Transitional Justice. However, after three friends had suggested she take Jodey Castricano’s ENGL 457: Posthumanism and Critical Animal Studies seminar, Zoe realized she could start answering one of her many burning questions: If no animal’s life was of lesser value than any other being would there be Genocide? Recently, Zoe has been using Critical Animal studies to bridge the gaps they have found in their degree. Zoe hopes to do the same in Germany next semester, where they assume the same gaps exist. If anything comes from their work, Zoe hopes it brings a new level of consideration for non-human animal lives to their anthropocentric degree. When Zoe is not reading about absolutely dreadful current and historical events, she spends her time learning German, snowboarding, skateboarding and baking the best (secretly vegan) Challah her family has ever had. 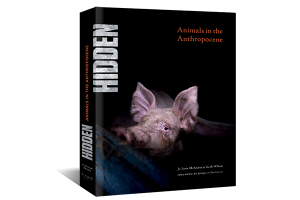 The Book Prize for CAS is Hidden: Animals in the Anthropocene (Joanne McArthur & Keith Wilson, Eds, We Animals Media, 2020)

Posted in Our Students, Research & Teaching